One of the ways to make your game stand out from the other RMVXAce games is to create your own tileset, or assemble one from the many tilesets created by others.

Tips to create or assemble your own:

If you want to extend your gameplay even more from the details, you'll want to start looking at the various scripts out there.

Other script lists by other websites/communities:

You can find more of these on the separate Script Equivalents page I'm working on.

If you want to create move routes dynamically through scripts, have a look at the scripting equivalent page's section on move events.

If you want to extend your gameplay some more, but don't want to use scripts, then have a look at these event resources.

Ever wondered how to make a hidden passage through solid walls? Tried using the "Through" option on an event tile on top of a solid A tile and wondered why it didn't work? Don't feel like having to resort to using event tile graphics to obscure walkable tiles, or having to add duplicate passable 'A' Tiles either?
Then click on the instructions header below to follow the step-by-step instructions, which are accompanied by screenshots, to learn how to use Move Routes to accomplish this task:

First you start off by placing an event tile on the edges of the wall you want to walk through: 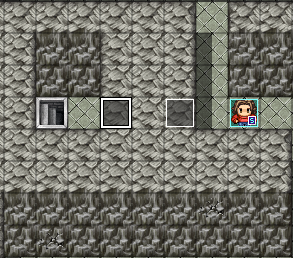 Next you have to set the Priority to Same as Characters and the Trigger to Player Touch so the event tile will trigger when your characters walk into the wall: 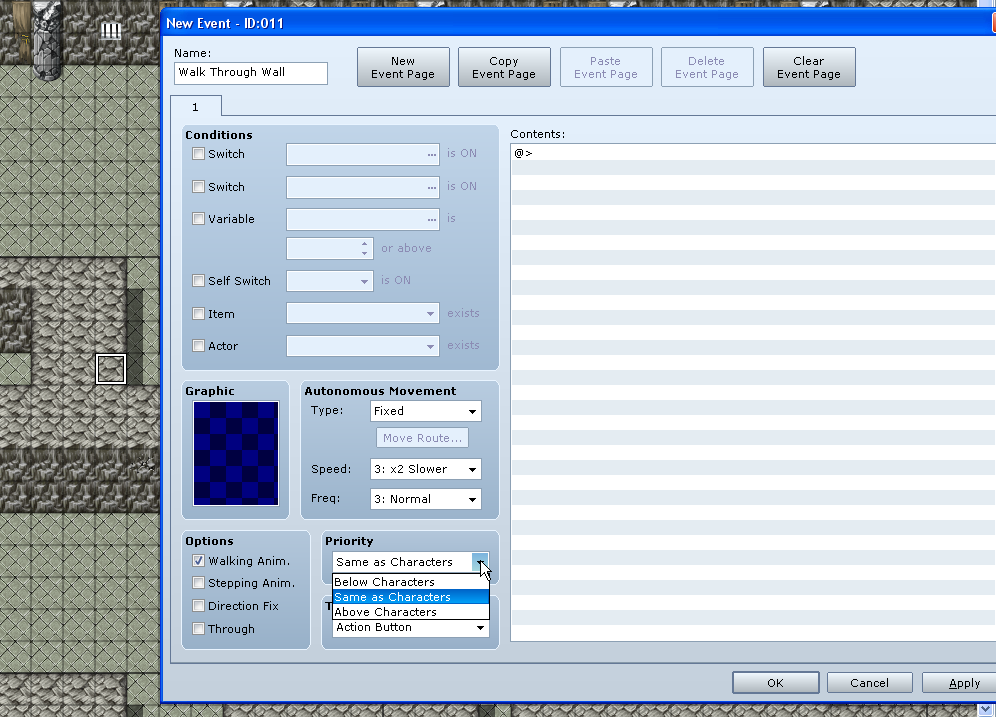 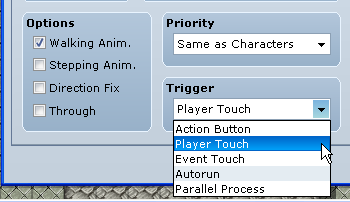 Now you can click on the Set Move Route button, so you can add the relevant move routes for this event tile. 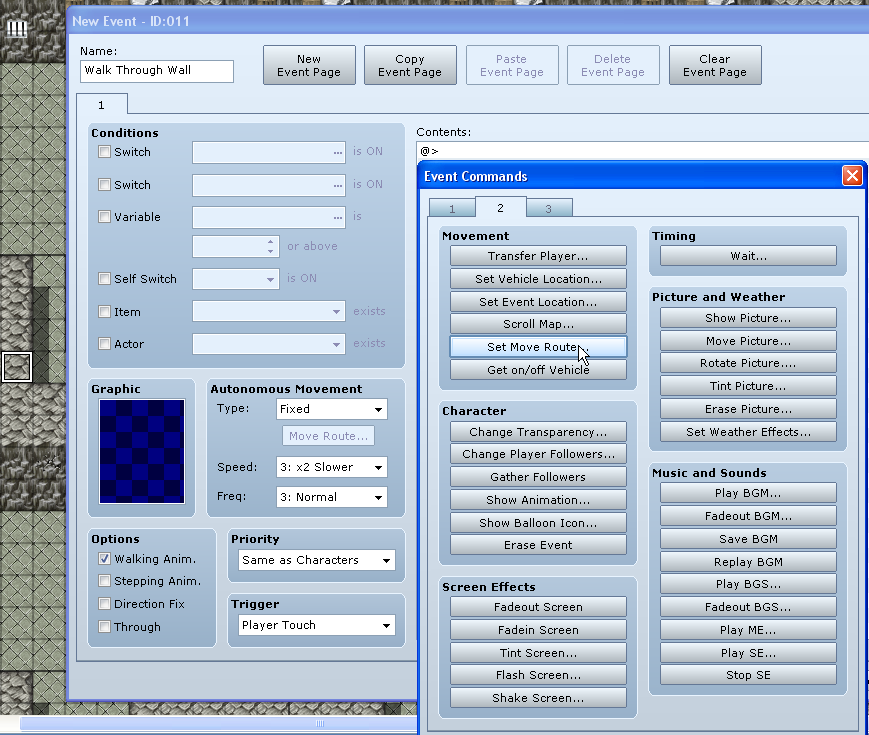 First make sure that the Player is set as Move Route Target to ensure that you are making the player move, and not the event tile: 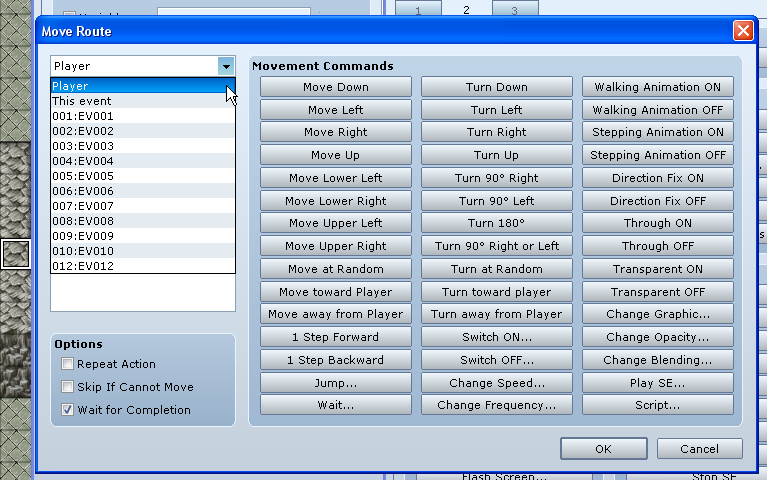 Next you can add the Movement Commands which will force the player through the wall, as well as making him semi-transparent: 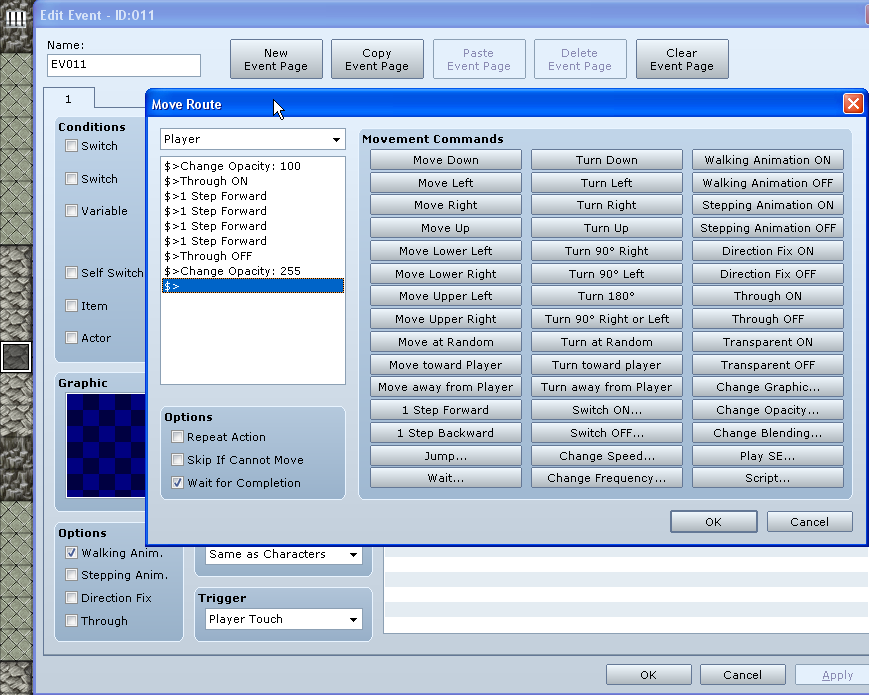 Alternatively you can make the player fully transparent, so it looks like he is completely hidden by the wall: 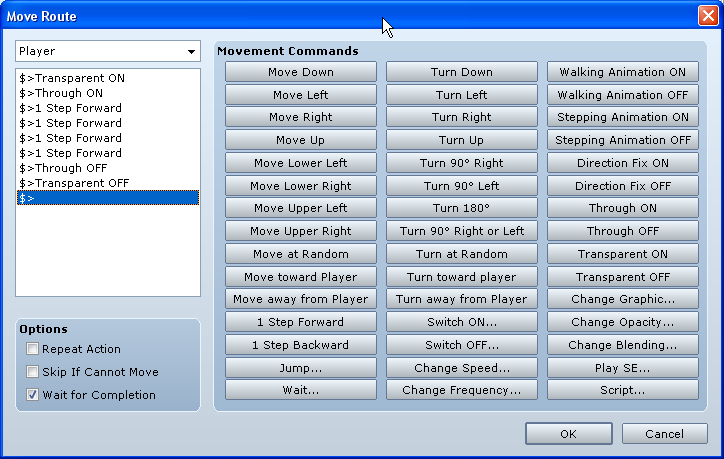 As you can see I added the following movement commands:

Personally I prefer the Change Opacity option, so the player can see that his character didn't suddenly go missing, but is actually moving through the wall.
After you've set all this, apply your changes and close the windows. Now you can copy the event tile to the other side of the wall too, so you can move back through the wall again too. ;-)

Once you've set the events up like this, it should look like this tutorial video showing how to use Move Routes to move through impassable walls:

If you want to create move routes dynamically through scripts, have a look at the scripting equivalent page's section on move events.

Mostly ripped tiles from other games.

Keep informed about what's going on in the RMVXA community by following these RSS feeds!